Since her childhood, dancing is playing a big role in Sabine’s live. In the early adulthood, her passion was only Jazz & Modern Dance, later, in the early 30s she joined as well other dances and came in that case to the salsa scene. In 2012, while sabine was visiting many dance festivals, she discovered Kizomba and it became clear pretty quickly, this sensual dance is her new love from now on. She was totally addicted from the first minute she saw and experienced Kizomba dance.

In 2013, she became a founder of the first Kizomba Community in her home town Kassel, named “Kizomba Kassel & Friends”, which is now constantly growing and expanding. At the same time, together with some friends and teachers from the neighborhood, she started holding classes here too and sharing her passion for this dance.

Born in Cameroon, where music, and dance act inseparable and are deeply rooted in the everyday consciousness of the people Stone’s has moved for years between different African dances and rhythms, which do have similarities with each other, but differ in traditions and influences of the region.
Surrounded by international good teachers and choreographers, his early passion for Kizomba, Afrobeat, Kuduro, other African dances, and thus his musical ear has developed very fast in cameroon. Since his train to Europe, his teaching and dancing skills near famous German and international artists have even more pronounced and refined.

The bookings getting more and more national and international, Stone’s & Sabine are offering well structured Workshops, normal and private classes at a high pedagogy level.
Speaking french, german, and english as well they cover pratically all languages at festivals and make shure that their students have fun, while percieving and understanding what and how they should dance..and the most important why is it important to listen, feel, then dance and not simply to move on the beat.
Result: WE CAN SEE THE HAPPINESS OF OUR STUDENTS ON THEIR FACES AND IN THEIR FEEDBACKS.

You can find Stones & Sabine at 10TH Aarhus Kizomba weekend: 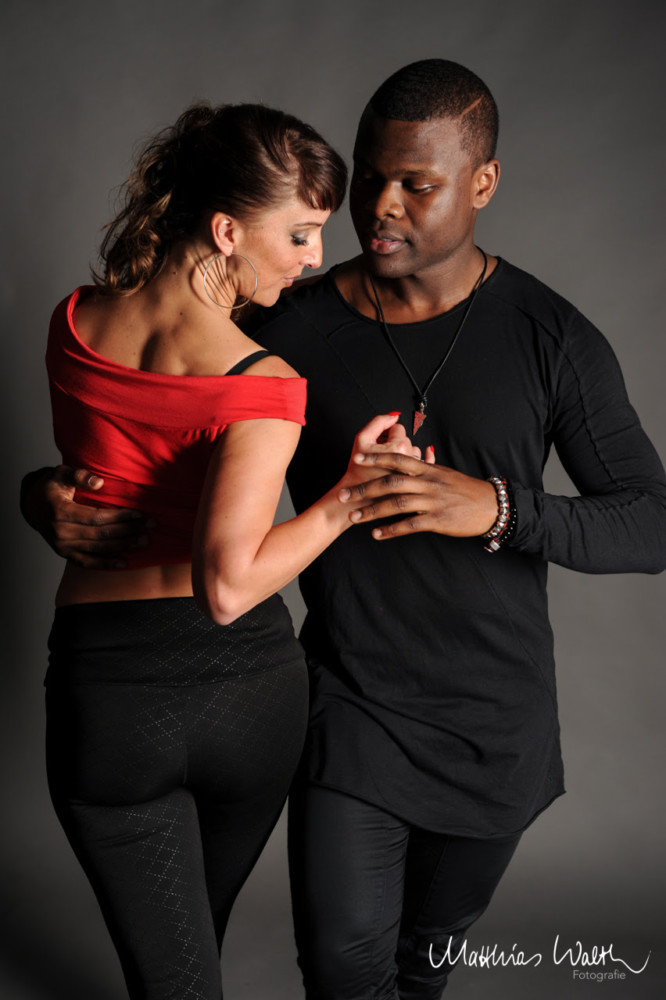